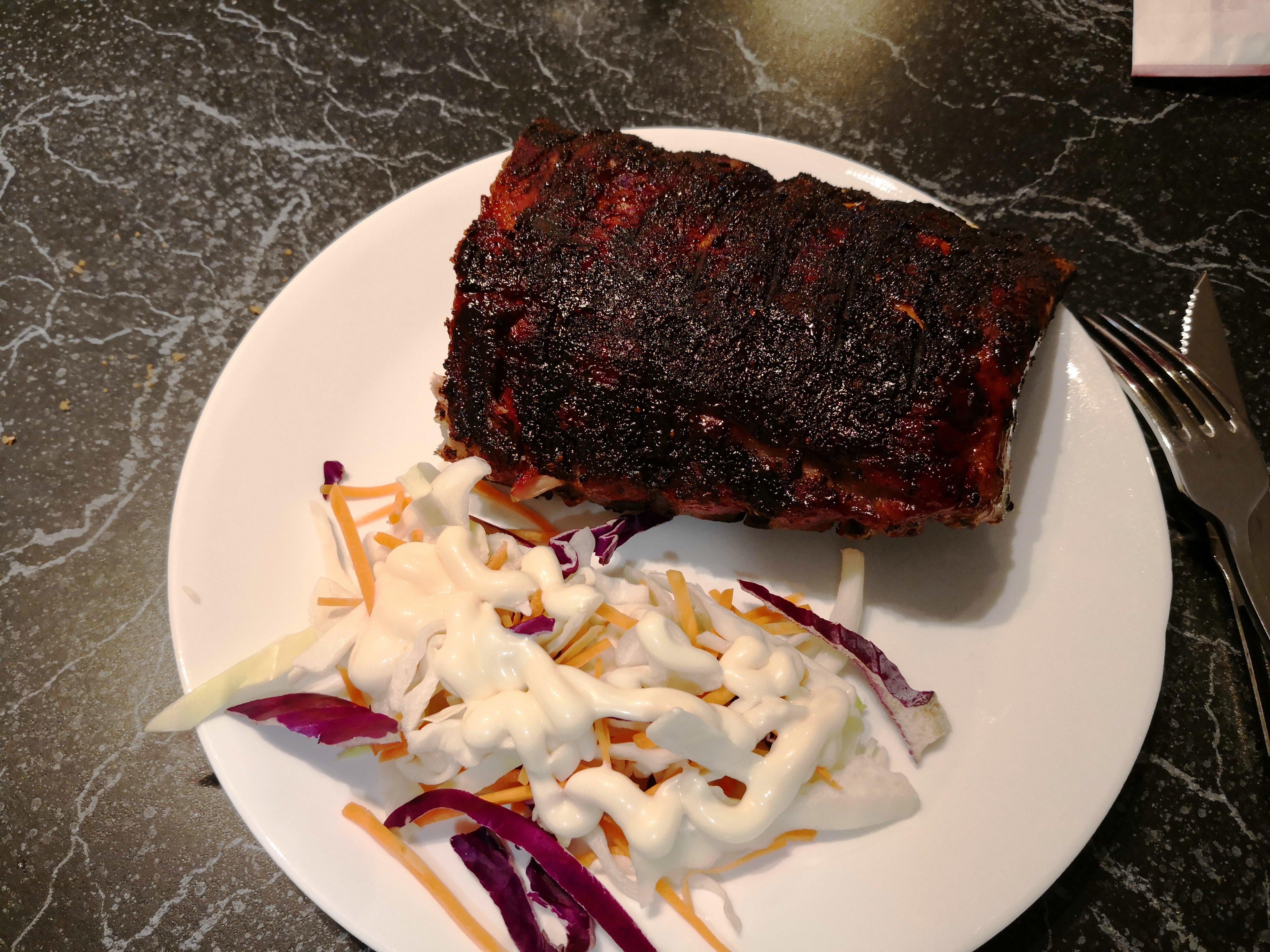 After the terrible dry ribs I cooked at Christmas, I think I have been avoiding cooking them. Last weekend, well Easter Monday, I decided to have another crack at it. I went back to basics and grabbed my Chris Grove Kamado cookbook. I did use a different rub than what was suggested, but other than that, stayed pretty true to the recipe. I also decided to go back to wrapping the ribs in foil halfway through the cook. I setup the Akorn for 110 degrees with three chunks of apricot wood for smoke. It took me a little longer than I hoped to get the temperature stabilised. I really need to start shutting the vents down sooner, that ironbark really does get hot if you let it.

While the Kamado was coming to temp, I peeled the membrane off the back of the ribs. I still need to find a good way to do this as it is probably the most frustrating part of the process. Once the membrane was gone the ribs were coated with mustard and then a convict rub was applied front and back.

Ribs ready and temp at around 110C, the ribs were chucked on and forgotten about for the next 2.5 hours, other than a little fiddling with the vents. I was chasing temps and knew it but couldn’t stop myself. 2.5 hours in, I pulled the ribs, prepared some aluminium foil with 2 TBS of brown sugar down the middle and spritzed with some apple juice. Ribs on the foil. More brown sugar and apple juice on the top and then tightly wrapped. These were then put back on the kamado for another hour.

Once that hour was done, off they came again. Unwrapped and they were meant to go on for another 30 – 60 minutes before glazing. As they were already falling apart I put them back on and coated one side with Sugar Rays BBQ sauce. After 15 minutes I flipped them on their backs and gave them another coating. 15 minutes later and it was all done.

The ribs were served up with a store bought coleslaw. I must have done something right as David commented that they are the best ribs I have ever cooked. I really enjoyed the smoke profile from the apricot wood.